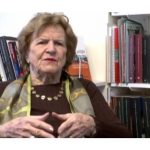 Professor Abadan–Unat has a long history as a devout advocate of women’s rights in Turkey. She graduated from Law School at Istanbul University and undertook her graduate studies as a Fullbright student at the University of Minnesota, 1952-1953. She Taught Political Science from 1953-1989 at the School of Political Science, Ankara University. She specializes in mass communication, electoral studies as well as women’s studies and international migration. She then taught at Boğaziçi University where she is professor of Political Science. She has held posts as a guest professor at the Universities of Munich, City University of New York, University of Denver, and the University of California Los Angeles (UCLA). In 1978-80, she served as senator in the Turkish Parliament. Professor Abadan-Unat represented Turkey on the Committee of Equality of Women and Men in the Council of Europe between 1978 and 1996. She has published extensively on women and workers’ issues in Turkey in various languages. Her major publications in English are Turkish Workers in Europe (1976), Women in Turkish Society (1981), and Women in the Developing World: Evidence from Turkey (1986).

Oliver Bakewell (The University of Manchester) 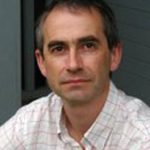 Oliver Bakewell is a Senior Lecturer at the Global Development Institute, University of Manchester. His work focuses on the intersections between migration and mobility and processes of development and change, with an empirical focus on migration within Africa. He leads research on migration and development for the Research and Evidence Facility of the EU Trust Fund for Africa (Horn of Africa). Prior to joining GDI, he spent over a decade at the Department of International Development at the University of Oxford. He was one of the founder members of the International Migration Institute and became Co-Director and then Director. Before taking up this role at Oxford, Oliver spent many years working with migrants and refugees both as a researcher and as a practitioner with a range of development and humanitarian NGOs. He holds a PhD and MSc in Development Studies from the University of Bath and a BA in Mathematics from the University of Cambridge. He has written and edited various academic and practitioner-oriented publications including co-editing Forging African Communities: Mobility, Integration and Belonging (2018) with Loren Landau and Beyond Networks: Feedback in International Migration (2016) with Maria Lucinda Fonseca, Cindy Horst and Godfried Engbersen.

ing a career in academia in Turkey. Professor Eder has worked as a consultant at the Financial Forum in Istanbul and the State Planning Organization. Her research areas include comparative political economy, political economy of newly industrializing countries, regionalism, migration and informal economy. Professor Eder has published extensively on Turkey’s political economy including The Political Economy of Regional Cooperation in the Middle East (1998) co-authored with Kemal Kirisci and Ali Çarkoğlu as well as editing and contributing to various edited volumes and international journals. 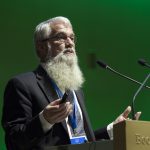 Rinus Penninx has been Professor of Ethnic Studies at the University of Amsterdam since 1992 where he founded the Institute for Migration and Ethnic Studies (IMES) in the same year. Professor Penninx served as the Institute’s Director until October 2005. From 1999 till March 2009, he has also acted as European Co-Chair of International Metropolis. In April 2004, he became Coordinator of the European Commission-funded Network of Excellence IMISCOE (International Migration, Integration and Social Cohesion in Europe). In April 2009 he founded its independent follow up: the IMISCOE Research Network for which he continued to work as Coordinator until 2014. Professor Penninx has written, co-authored and edited many books and articles on different issues concerning migration, migrant organization, integration policies at the EU and local European level. Among his publications are Trade Unions and Migrant Workers: New Contexts and Challenges in Europe (2017) which he edited with Stefania Marino and Judith Roosblad, Citizenship in European Cities: Immigrants, Local Politics and Integration Policies (2004) co-edited with Karen Kraal, Marco Martiniello and Steven Vertovec, and Western Europe and its Islam (2001) with Jan Rath, Kees Groenendijk and Astrid Meyer.

Research in the ‘Global South’: Challenging and Contributing to Developing Migration Theory 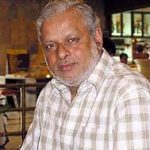 Ranabir Samaddar  is currently the Distinguished Chair in Migration and Forced Migration Studies, Calcutta Research Group, Kolkata, India. He belongs to the critical school of thinking and is considered as one of the foremost theorists in the field of migration and forced migration studies. His writings on the nation state, migration, labour, and urbanization have signaled a new turn in critical post-colonial thinking. Among his influential works are: Memory, Identity, Power: Politics in the Junglemahals, 1890-1950 (Orient Longman, 1998), The Marginal Nation: Transborder Migration from Bangladesh to West Bengal (Sage, 1999), and (co-authored) Beyond Kolkata: Rajarhat and the Dystopia of Urban Imagination (Routledge, 2014). His latest work is Karl Marx and the Postcolonial Age (Palgrave MacMillan, 2017). 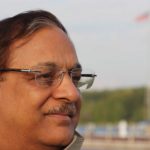 Binod Khadria has been a professor of economics and education at Jawaharlal Nehru University in New Delhi where he taught for over three decades. He is the Director of International Migration and Diaspora Studies (IMDS) Project since 2008. In 2017-18, he held the inaugural ICCR Chair of Contemporary Indian Studies at Rutgers University, USA. He has deliberated upon migration issues at the United Nations in Geneva and New York. His publications, exceeding a hundred scholarly articles and six authored/edited/co-edited books and journal issues, include The Migration of Knowledge Workers (Sage 1999), and two volumes of India Migration Report (Cambridge University Press 2009, 2012). He is on the editorial boards of several peer-reviewed journals, and is co-editor of the IOM’s forthcoming World Migration Report 2020. He is a member of the International Steering Committee of the Metropolis International Project since 2010, and the IOM’s Migration Research Leaders’ Syndicate since 2017. 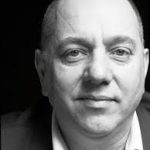 Jan Rath is Professor of Urban Sociology and Chair of the Department of Sociology of the University of Amsterdam (UvA), and researcher at the Center for Urban Studies as well as  the Institute for Migration and Ethnic Studies (IMES) in the same university. He is also the President of UvA’s University Forum, and Research Fellow at the Migration Research Center (MiReKoc) at Koç University, Istanbul. He is, moreover, the European Chair of International Metropolis, an associate of the World Economic Forum, and a member of the Advisory Board of the Centre on Migration, Policy, and Society (COMPAS) within the University of Oxford. He has been an advisor of a wide array of local, national and supranational governmental organizations and civic society institutions, including the European Commission, the OECD, the OSCE, and the United Nations (notably the IOM, UNHCR, UNCTAD, and the Population Division). He is the author and editor of numerous articles, chapters, reports, special issues, and books on the interrelationship of ethnic and cultural identity, urban economies and urbanity, including Selling Ethnic Neighborhoods (Routledge, 2012), Immigration and the New Urban Landscape: New York and Amsterdam (New York University Press, 2014), as well as a series of three textbooks on international migration and immigrant incorporation (AUP, 2010, 2013 and 2014). Professor Rath is currently working on the edited volume Handbook on Cities and Migration with Ahmet İçduygu (Edward Elgar, 2021) as well as the monography The Mixed Embeddedness of Migrant Entrepreneurs: A Comparative Study of Entrepreneurial Success in Four Sectors of the Urban Economy, with Robert Kloosterman, Joanne van der Leun, Katja Rusinovic and Veronique Schutjens (Routledge 2021).

Migration Research and Policy Making in the ‘Global South’ 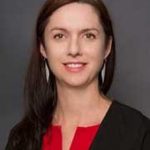 Marie McAuliffe is the head of the Migration Policy Research Division at IOM in Geneva. She has two decades of experience in migration research, policy and practice. Marie is a senior fellow at the Global Migration Centre at the Graduate Institute in Geneva and a Sir Roland Wilson Fellow at the School of Demography at the Australian National University (ANU). Marie has published and edited widely in academic and policy spheres on migration. She edited IOM’s flagship World Migration Report 2018 (with Martin Ruhs), and is currently editing the World Migration Report 2020 (with Binod Khadria) as well as a Handbook on Migration and Technology (Edward Elgar). For three years (2012–2014), Marie directed the $6.5 million Australian irregular migration research program, from which stems an ANU Press book on irregular migration that she edited (with Khalid Koser). She is the 2018 recipient of the Charles Price Prize in demography for outstanding doctoral research in migration studies. 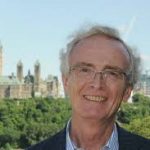 Howard Duncan is a faculty member of the Migration and Diaspora Studies Initiative at Carleton University and the Executive Head of the Metropolis Project Secretariat in Ottawa. Metropolis is an international network focused on research and policy development around issues of migration, diversity and urban spaces. Professor Duncan has extensive experience as a practitioner and policy maker in Canada. He is also the editor of the journal International Migration. 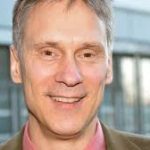